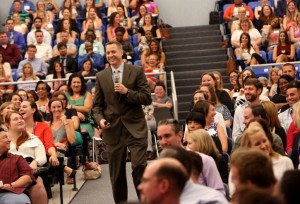 After six years and over $180 million, Hillsborough County plans to move beyond a teacher evaluation system developed with funding from the Bill & Melinda Gates Foundation to a more data driven system of educator support emblematic of strategies advanced by Learning Forward. The move was announced in an email from Superintendent Jeff Eakins to the more than 260 Peer Evaluators and Mentors who form the core of the system. Said Eakins:

Much of the latest research points to job-embedded professional development and non-evaluative feedback from colleagues as the mechanisms which create a quality professional growth environment within organizations.

The feeling was apparently mutual, with Gates choosing not to fund the final $20 million of its own grant. And while some components of the Empowering Effective Teachers program developed under prior Superintendent MaryEllen Elia will remain, including the student value added models embedded in Florida state law, Eakins is convening a work group to guide a transition toward a system that includes:

“Relationships are key in teachers growing professionally,” Eakins said. He believes such relationships should exist largely within the school walls, and that collaboration will also cut down on the turnover that plagues the district’s poorest schools. 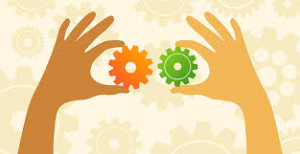 We do measurement, research and evaluation. We like to work with data to drive decisions. We believe there is a place for value-added measurement and the use of multiple data points to understand teaching and learning. But not every useful research design for understanding an education problem or the efficacy of an education program is appropriate to evaluating individual educators. This is one of those cases.

We commend Eakins’ decision on multiple levels. First, it makes use of the full range of data appropriate for the decision, including student performance, staffing patterns, fiscal implications, educator feedback, and consideration of research. Second, the new model builds on the institutional strengths developed through the EET program. Third, the model focuses on building the professional practices of Hillsborough educators required for sustained improvement through collaboration, mentoring, and individual growth. Finally, the proposed new direction values educators, which is as important systemically as it is within each school to building the trust, openness and professional engagement required for success.